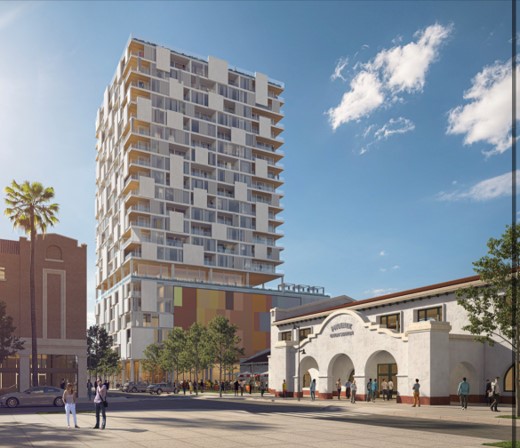 Phoenix Union Station was built in 1923 at 401 West Harrison Street in downtown Phoenix and was an Amtrak train station until 1996. It has been closed to the public since. Built in the Spanish Revival style, this landmark is on the National Register of Historic Places. The whole property sits on nearly 10 acres of land and includes the iconic Ice House.

Aaron Klusman is a well-known Arizona venture investor and developer who has been quietly influencing and shaping the city of Phoenix over the past 15 years with over 75 various businesses, real estate holdings and developments in and throughout the Phoenix Metropolitan area.

Klusman said, “I love this town. Having been born and raised here, I want to do something special for our great state and this amazing city that we all benefit so much from. You would have to be living under a rock to not see how Phoenix’s economy is maturing across all industries continuing to showcase itself as the best city in America to live and work. This project is special as this is where Phoenix was born… pre-Sky Harbor Airport, this was where people first got off the train with hopes of building a better life out west. Having our two public companies here in the heart of Phoenix preserves and further encourages that spirit of innovation and adventure that originally sparked Phoenix’s growth.”

Mo Stein from HKS Architects, project designer and architect, commented, “I am a big Aaron Klusman fan. His mind for business coupled with his heart and vision for our city reminds me very much of a dear friend of mine, Jerry Colangelo. Knowing some of Aaron’s other big projects in the works, trust me, he is just getting started. Union Station is a big win for our city. We are thrilled to bring Aaron’s vision to reality.”

Rivulet Media’s wholly owned subsidiary, Rivulet Films, plans to be intimately involved in this mixed-use production studio; with their film, television, animation, music, and gaming production. Their HQ Plans include a sports performance center for their venture community partners, “professional” athletes and local neighborhood youth that live close by. The longer term development plans include a boutique hotel, residential tower, and future Class A office expansion for their various affiliated and partner companies.

“Having known Aaron for years, I love his heart for our city and how he redevelops in a way that preserves the unique character of the buildings and businesses that make us special. The Union Station building is Phoenix’s crown jewel. There is no one’s hands we would rather have it in than Aaron’s,” said the Phoenix Community and Economic Development Director, Christine Mackay.

Klusman added, “It’s like our own little modern-day Warner Brothers studio lot…done with some edge and grit while keeping true to Phoenix’s unique storyline. Which I absolutely love.”

Rivulet Films has been Hollywood’s hottest new independent film studio with most recent announcements at Cannes Film Festival this past weekend of their acquisitions of the highly anticipated sequel to Law Abiding Citizen starring Jamie Foxx and Gerard Butler as well as “John Wick” writer Derek Kolstad’s highly sought after action-thriller franchise “Acolyte.” Rivulet Films is releasing Machine Gun Kelly’s new film Taurus later this summer, along with Demi Moore’s much anticipated film “Please Baby Please.” Klusman and Rivulet Films’ CEO Michael Witherill and President Rob Paris have been involved in many films together for more than 15 years, most notably John Wick.

For Aaron Klusman, this project is his heart, he added, “My hope is that our public companies’ presence down here can creatively use our resources to love on and serve the surrounding neighborhood, while adding tremendous long-term value to Phoenix and the state of Arizona at large.”

About Built By Gamers

Built By Gamers (BBG) is a gaming lifestyle and entertainment organization, founded in 2019, based in the Arizona Desert, yet serving gamers worldwide. BBG is actively bringing together the best from the world of gaming, fashion, film, music, and sports to build the next generation of culture. At the center of it all. You. Want to be a part of changing the game? Be a Gamer. Join us. Website: www.builtbygamers.gg.

Editor: Photography may be downloaded from https://www.dropbox.com/scl/fo/fax5d3ddhvwzkro94va76/h?dl=0&rlkey=11kdc0thxi5svz3l9k9w0rh0c 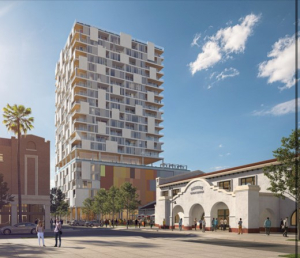 EXIT FROM WORK: What Will The New You Look Like?
15,89 EUR
Comprar en Amazon
¡CON DESCUENTO!New